Ector County Independent School District is an economically challenged district in Odessa, Texas. The primary source of income for families in this rural district is oil ﬁeld work. Hence, the ﬂuctuation of oil prices and available work affected the community’s socioeconomic status. According to Kellie Wilks, Chief Technology Ofﬁcer for Ector County ISD, the income level of the school community affected home internet connectivity for students during the COVID-19 pandemic. Surveys done by the district before the closing of schools in March 2020 found that 40 percent of the district students did not have internet connectivity beyond a cell phone. Wilks and her team challenged to support families with home internet connectivity for online learning and deployed a thousand Verizon mobile hotspots to families in need. However, it was clear in Ector County ISD that students did not use the distributed hotspots with ﬁdelity. As a result, the IT team tasked to research alternate sustainable connectivity solutions became involved with the CoSN Student Home Internet Connectivity Study. The study conﬁrmed what Wilks and her team have already surmised. Students in the Ector County ISD did not have the per-student minimum bandwidth standard of a download speed of 25 Mbps and upload speed of 12 Mbps to support concurrent activity and usage. Also, using hotspots as a connectivity solution resulted in degraded services for video conferencing and remote learning during the pandemic. 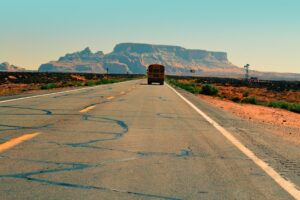 Community Collaboration
According to Wilks, the CoSN study helped the district develop long-term solutions for connectivity at home. Still, thru the research for connectivity solutions, it was clear that connectivity was not a school issue but a community issue, and community involvement was needed. Therefore, the district began looking for added ways to connect the community with the district on this issue. Using the CoSN study’s lack of connectivity data and the county census data, they found economically challenged families overlaid with kids that do not have connectivity. According to Wilks, “We have had this problem for almost ten years now, and the analysis of the two sets of data conﬁrmed what we were thinking and pointed out that we weren’t aware of some connectivity issues within the city.” These issues include the mobility of families within the county due to their current economic situation.
The data collected stood for the community as a whole and led to multiple initiatives for the county, including a community connectivity task force. “We are on the verge of a private, public partnership,” said Wilks, “County commissioners and City Council are considering investing in a broadband effort, including using federal funding to pay for ﬁber in needed areas of the county.” In addition, Texas has newly adopted an Ofﬁce of Broadband and has noticed the community project to connect the community. As a result, the county is hopeful that it can start connecting families with a part of the costs paid for by the Ofﬁce of Broadband. Also, Dallas Federal Reserve has a philanthropic arm and caught wind of what was happening in Ector County and connected them with Magellan Advisors. In collaboration with the school district, the advisory company developed a two-phase connectivity project that involves bringing ﬁber to the rural communities with limited or no internet connectivity. So, it is going to be a two-phase project. The CBRS, because of its antenna and tower-based connectivity, just requires a modem and an antenna to get connected and is expected to happen next ﬁscal year. After the district gets approved in January, they are prioritizing these communities to get something stood up quickly, proof of concept, and then follow up with the ﬁber out to those rural areas.
The district is doing its part as a community priority with outdoor antennas at the school buildings that can connect community members and families to the school VLAN. Wilks said this outreach program has been successful as students can connect their BYOD devices to the school network outside school hours. 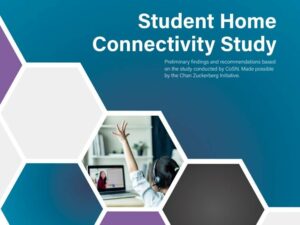 CoSN is vendor neutral and does not endorse products or services. Any mention of a specific solution is for contextual purposes.